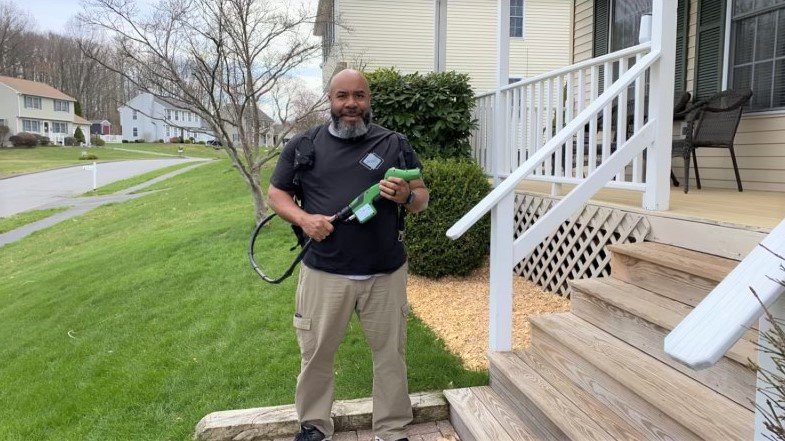 This Holyoke Business is Cleaning Up

When the pandemic hit in 2020, Bruce Richardson had to be extra careful as his father was immunocompromised. In his previous job as a custodian, Bruce had been trained in using an electrostatic sprayer and chemicals that keep spaces sanitized and clean, so he managed to keep his family safe and healthy. He realized that many other families like his could benefit from this service and launched BMC Sanitizing Services.

He was just starting his business when he learned about the Holyoke Summer 2021 Accelerator Program. He applied to learn as much as possible about business management. Bruce recalls: “I was ignorant about all the things I didn’t know about business. After the program started, I realized I had to take ten steps back, instead of the two I anticipated”.

He learned a lot through the program, and with the support of his fantastic mentors, who he says were “always there” for him, he was able to get his finances in order. But his favorite part of the program was the relationships he built with his classmates and the EforAll team.

BMC is now in its second year in business, and it is now a profitable company. It has been recognized as a minority-owned business by the Commonwealth of Massachusett’s SDO (Supplier Diversity Office), and Bruce closed his first state contract with the Springfield Courthouse. He says, “I’m very grateful for EforAll. I’ve learned about all of these different resources available for entrepreneurs that I would never know if it wasn’t for the business accelerator.”