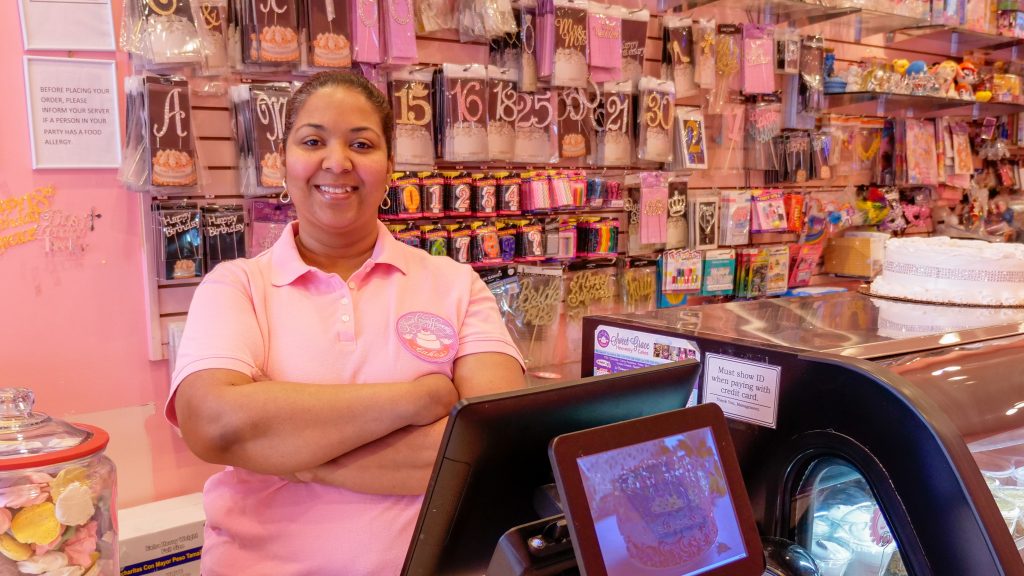 SUCCESS IS SWEET FOR THIS NEW BUSINESS

In 2008, Danaris Mazara was working a minimum wage job, her husband was laid off from a local manufacturing company, and they found themselves on the brink of facing foreclosure. During this difficult time, Danaris’s mother gave her $35 to buy groceries for her family.

Rather than do as her mother instructed, Danaris purchased ingredients to make flan, which she sold to her friends and former co-workers. She then used those sales to purchase more ingredients, and after two weeks, that $35 had grown to $500. She didn’t know it yet, but Danaris, a native of the Dominican Republic,  had gotten her first taste of entrepreneurship.

A few years later, Danaris gained the confidence to apply to an EforAll Pitch Contest, and then, the one-year, free EforAll Accelerator Program. Fast forward to Thanksgiving Day in 2015 Danaris opened her bakery, Sweet Grace Heavenly Cakes, named after her oldest daughter.

Danaris now employs 14 people, including her husband, and is currently working on expanding her business to her neighboring retail space.

Reflecting on her EforAll experience, Danaris notes  “One should always seek support. At first, I was the typical entrepreneur, in my own little bubble.  EforAll’s Spanish and English Program has provided the support group that all entrepreneurs should be a part of.”